ARTICLE – Your Hurt My Feelings!

A little background on how we feel emotions.

“You hurt my feelings!” A common enough statement in our culture; society teaches this as truth. But is it even possible? Being raised to believe that humans hurt each other with behaviour, choices, decisions and even facial gestures or words creates a vulnerability that may not stem from truth. It creates a sense of a loss of power over one’s own emotions. Feeling that someone who should care has done something hurtful can feel devastating? How does this happen and does it really come from others? Does it actually stem from outside the body? What if it doesn’t? What if beginning to see that the feelings come from inside the body and therefore can be changed by the individual involved inoculates against emotional pain? What if that new perspective were easily integrated into our nervous system despite what generations of ancestry have taught each other.

The human brain has a Reticular Activating System consisting of neural bundles in the brainstem, hypothalamus, thalamus and cerebral cortex.  The RAS acts as a “gatekeeper” between our conscious and unconscious minds.  It either allows access to knowledge relating to the origin of certain behaviours or it does not.  When it does not, it is assumed that it is not emotionally safe to do so.  There may be no recollection of where it was learned that “the world isn’t a safe place” or the “details of a car accident”.  Along these same lines, common psychological practice has established that the unconscious mind chooses, screens and decides behaviour, not conscious thought.  (I am daily witness to this in my private practice) It is often erroneously believed that there is a conscious understanding of why a behaviour or choice occurs.  Humans think they know why they do things and react emotionally to events, but they more often do not.  As a matter of fact we now know that 85% of the motivators behind negative feelings and behaviour are unconscious and more often driven by the mistaken assumption that we are under attack.

In the midbrain, the limbic system although poorly understood seems to be involved in creating feelings of anger, fear, sadness and sexual feelings.  The amygdala (part of the limbic system) processes or transcribes emotional memories. Responsible for activating the hypothalamus, the sympathetic nervous system and eventually the Fight, Flight or Freeze Response, the amygdala is integral in mounting an attack if threatened.  The FFF Response is involuntary and often there is no awareness of its having been activated. Adrenalin and other stress hormones flood from the adrenal glands.  Heart and respiratory rates increase pumping oxygenated blood to the muscles in preparation for aggressive fighting or running.  The body draws blood from the forebrain and digestive system into muscles for this purpose. These physiological responses are neurological and biochemical in nature and activate strong feelings such as run away (fear), fight (protect myself) or freeze, (go limp and hope the danger passes) and all of this is designed to save us.

Modern life runs up against this same physiological program when overwhelmed, overtired or when afraid and worrying.  There is no actual physical threat, no life threatening danger but the well-designed brain is primed by millions of years of looking and reacting accordingly. Modern stressors like judgement (a work review), criticism (a parent with excessive expectations), being abandoned by a partner or seeing a child off to university create tense, emotional and rigid bodies and there is often no discharge of the fight or flight, no place to put the adrenalin or cortisol.  Even a dirty look can elicit this mechanism.

The new perspective: looking to a new belief and therapeutic technique.

Emotional self-care even if those around us cannot change their behaviour or do not wish to, is essential.  Given that emotions come from inside the body and brain what if a new technique was used to quickly create a more self-empowered perspective from the inside?  It’s possible to eliminate negative feelings and beliefs and in doing so this creates a new more positive understanding leaving the person in effect completely in control of their emotional world no matter what others do or say.  Now known and measured using skin electro-conductivity testing, acupressure points located on energetic lines within the body called meridians are used to clear negative emotions and beliefs from the human energy system and hence the physical body, brain and entire nervous system accordingly.

HOW ENERGY PSYCHOLOGY CAN HELP

Negative emotions respond quickly, safely and very effectively to a new therapy called EFT (Emotional Freedom Techniques).  EFT is an Energy Psychology technique based on tapping on ancient Chinese acupressure points while focusing on a negative emotion.  It was discovered by Roger Callaghan and fine-tuned by Gary Craig.  Negative feelings disappear after tapping on acupressure points. When we watch brain waves while tapping on these points, we notice changes from fear and worry waves to long, calm, healing brain waves.  It’s no longer necessary to feel victim to emotions.  It’s possible to tap away all negative emotions and negative core beliefs about ourselves and about the world.  And learning this simple technique creates emotional health and intelligence allowing a clearer vision of why behaviour exists. Emotional detachment or neutrality creates new perspectives on a problem or dilemma perhaps assisting in the recognition that nothing more is needed to feel better.  Choices often become easier and clearer and there is little second guessing a decision.  People more often than not; notice that their behaviour has just changed. They no longer have to use will power to cope with life’s challenges and it becomes apparent that they are much less likely to be triggered by others. EFT is also used for phobias, cravings, addictions, grief and even to improve golf scores by clearing negative self talk while on the golf course.  Once learned EFT is a beautiful and elegant self-healing tool.

Imagine a world where every time people felt like crying with sadness, lashing out in anger or not trying something new because of fear, it was just completely eliminated by focusing on the feeling and tapping acupressure points until it was gone.  The freedom experienced would be palpable.  The sense of empowerment and unconditional love for oneself would emerge stronger and stronger as each negative belief and feeling dissolved. i.e. I can’t love myself because I made a mistake.  Nobody would ever love me if they knew what I was really like.  I’ll never get what I want unless I’m perfect.  Nobody can be trusted.  The world isn’t a safe place. The list is endless but most importantly, there would be freedom from the pain of these strong negative feelings…. a new perspective and a new way of living life.  The Dali Lama once said. “All we need do for world peace is to deal with our inner armament” Yes and EFT (Emotional Freedom Techniques) can take us there if we are willing to see a new perspective.

Safe and effective beginner’s Level 1 EFT takes one day to learn.  Find out more about courses and how it changes lives at www.freeyouremotions.com or visit www.tappinginternational.com or www.aamet.org to search for other great EFT workshops and trainers all over the world.

Recommended reading The Promise of Energy Psychology by David Feinstein, Donna Eden and Gary Craig.  You can purchase this well-referenced book at www.innersource.net

About the Author: Admin 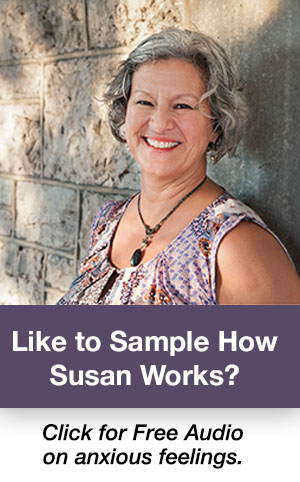 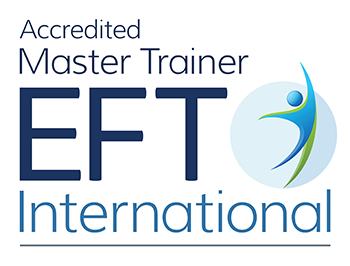 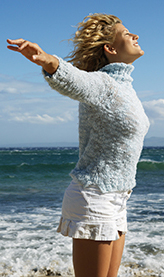